Trading up in N.J. office market
Flight-to-quality concept is trending in the state

Tom Giannone points to one client in particular — a Princeton-area firm that services the life sciences industry — when it comes to the flight to quality in the office market. 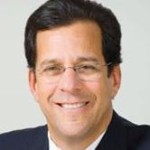 The business has thrived and even expanded since the recession, said Giannone, a broker and managing principal with Cresa NJ. But with an uncertain economy, the firm has simply grown in place in lackluster space rather than make a long-term commitment at a high-end building.

Until now, that is.

“They’re now at the point where they’re saying, ‘We’re not looking for more space, but we’re looking to have a better image — and we think for a little bit more money than we’re paying, we can get a much better image than we have right now,’” Giannone said. “And that’s why we’re in the market with them.”

You won’t have trouble finding other like-minded tenants in New Jersey. With vacancy still high among top-tier office buildings, users are increasingly moving to upgrade their space — all while getting attractive rental rates and a wealth of options around their existing location.

That’s led to a flight to quality that several brokers say is more pronounced than at any other point since the recession. 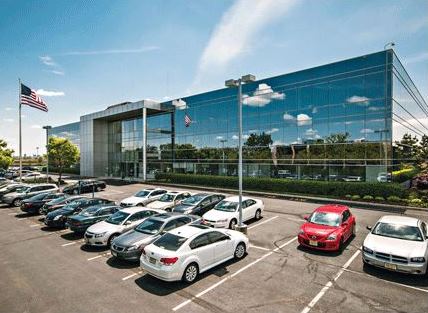 “(At some point) companies start to take advantage of the situation,” said Richard J. Madison, a Parsippany-based broker and executive managing director with Colliers International. “It’s basically supply-and-demand economics, so now there’s a big supply of product in the market, and the people that step up are usually deriving the benefit of it.”

Researchers in Madison’s office point to absorption rates since the beginning of last year. The firm said about 2.2 million square feet of Class A space was absorbed in northern and central New Jersey from the start of 2014 through the first quarter of this year. In contrast, the Class B market had negative absorption of 52,012 square feet during that time.

Madison said the trend has been especially evident when a tenant moves within the same submarket. In one recent deal brokered by Colliers, Paychex North America Inc. plans to vacate its existing space in Piscataway in favor of 30,000 square feet in another building in the township, where the landlord has recently started a series of upgrades. 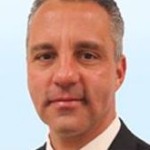 Speaking generally, Madison said attractive rental rates can play a role in flight-to-quality moves, in which “you’re seeing a tenant now for B+ rents get into an A- building.”

And experts say that’s an opportunity for other landlords and real estate investors who can offer discounted rents, such as those who acquire undervalued buildings and reposition them.

Case in point: Rugby Realty recently lured the health care technology firm Vitals to 160 Chubb Ave. in Lyndhurst from another location in the same township. After Rugby acquired the building in late 2013 at what he said was a good value, Managing Partner Maurice Ades said his firm could offer rents that are “maybe 5 percent or 10 percent more,” but Vitals got a building that had been renovated recently.

“That’s the flight to quality,” said Ades, whose New Rochelle, New York-based firm is taking a similar value-add approach with other properties in the state. They’re basically paying the same rent — marginally better — but they’re getting a much better quality product.”

For larger corporations and blue-chip tenants in New Jersey, the flight to quality has come to mean new construction.

Jeff Heller, principal and managing director of Avison Young’s New Jersey office, pointed to a series of state-of-the-art headquarters buildings in recent years — including 2-year-old facilities for Realogy Corp. in Madison and Panasonic in Newark, along with newer projects such as MetLife Investments’ planned site in Hanover.

The flight to quality is a part of a cycle, but Heller noted one major difference from the last time he saw it in the mid- to late 1990s.

“That was less cultural and more opportunistic from an occupancy cost perspective,” said Heller, who is based in Morristown. “In today’s flight to quality, a major component of it is employment attraction and retention and ties back to some of the (new employees) entering the workforce who really care about their lifestyle, which ties back into the workplace.

“So, in order to compete, a lot of these companies want to establish a really good environment for their employees — to hold on to them or to attract them.”

For those smaller tenants seeking a good value at existing buildings, Giannone said it’s still about “when the delta between Class A and Class B space starts tightening and (when) the future is more certain.”

That’s why he expects the flight to quality to continue in the near term. But he also noted that the opportunity won’t last forever.

“The window becomes very short because what typically happens is landlords are very aware of activity, and once they see this flight to quality occur, they will react,” Giannone said. “Class A landlords will react and widen the gap by suddenly making less attractive financial packages for tenants.

“So it doesn’t last for a long time, and the next time it kicks in again is when businesses are doing so well that they’re more than happy to pay for the extra cost. (And) they’re not so concerned about the real estate expense that they will pay for that larger bump, if you will, between the B and the A to move.”

How it all started

Office market experts may have mentioned the flight to quality in recent years, at least in small bursts, but Tom Giannone has been watching a different trend up until recently.

“I phrased it as a ‘flight to value,’” said the Rutherford-based broker and managing principal with Cresa NJ. “Companies were … looking for Band-Aids, basically.