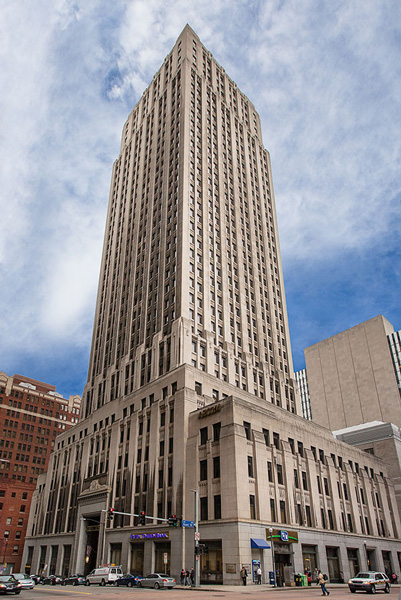 1980: The precursor to Rugby Realty is hatched when Alan Ades, Albert Erani, and Dennis Erani purchase 110 Fifth Avenue in Manhattan.

1987: The real estate company makes its first foray into the Pittsburgh market when it purchases the 594,000-square-foot historic world headquarters of Gulf Oil from the Gulf Oil Company. The building is renamed as the Gulf Tower and Rugby Realty begins working on repositioning the property from a single user corporate headquarters to Class A, Multi-Tenanted office building.

1997: Aaron Stauber joins as a partner with the three original partners to source new real estate deals and quickly identifies several buildings in the Pittsburgh Cultural District as profitable investments. Aaron soon ascends to President of Rugby Realty, a position he still holds today. The company continues to acquire choice properties and expand its holdings to Connecticut.

2001: Rugby Realty pursues the development of a Fairfield office complex and new Metro-North train station. The collaboration began with the purchase of a 35-acre brown-field site in the town of Fairfield that was attractively located right off I-95 and adjacent to the Metro-North Railroad. Rugby enters into a 3-way agreement with the Town of Fairfield and the state of Connecticut to create a new zoning area that would allow the Metro-North to install a new train station on the site, the first new train station on the Metro-North Railroad in over 75 years. As per the agreement, the entire site was environmentally remediated and Rugby generously donated a capacious 1,500-space commuter parking lot to the station. The new Fairfield Metro Station was formally opened in 2012 and is now welcoming thousands of commuters with express trips to and from Grand Central Station. The balance of the project, which will include a million square feet of multipurpose office, hotel and retail space has been fully “entitled” and work has begun on the construction of the first building.

2005: Rugby Realty enters into the South Florida market with the purchase of an art-deco hotel on Collins Avenue in South Beach. Rugby oversees the total renovation of the hotel and opens it a year later as Circa 39 (www.circa39.com), a chic boutique hotel. The property is sold in April 2008 at the height of the hotel frenzy.

2008: RexxHall Realty acquires the non-performing Note for 11 Stanwix Street in Pittsburgh, the 450,000 square foot former world headquarters of Westinghouse Corporation. Within two years, RexxHall’s team brings the building from 50% occupancy to a 94% occupancy rate and in 2011 sells the asset to a multi-national investment fund. The sale marks the high-water mark for a sale price of a Downtown Pittsburgh office property.

2012: RexxHall Realty acquires two non-performing Notes and a foreclosed property and gains ownership of 3 Class A office buildings in the Penn Center West corporate office park located in Pittsburgh’s strongest market and at the center of the fast growing Marcellus Shale industry. RexxHall Realty also gains control of a thirteen-acre building site in the Park and expects to have full entitlement by Summer of 2014 to construct a new 145,000 square foot five story office building.

2013: RexxHall Realty acquires a nine building, Class A office portfolio in northeast Atlanta and establishes a beachhead for further acquisitions in the fast growing Atlanta market. With several additional acquisitions in 2013, Rugby and RexxHall Realty’s partnerships are approaching ownership of over eight million square feet of commercial real estate.