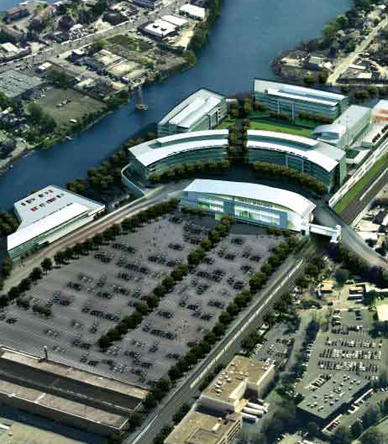 In 2001, an affiliate of Rugby Realty entered into a joint venture which purchased a 35-acre site in the town of Fairfield located right off the I-95 and adjacent to the rail line of the Metro-North Railroad.

Rugby directed a partnership between the municipality of Fairfield and the State of Connecticut to create a new zoning area that would allow Metro-North to build a new on-site train station, the first station to be built on the Metro-North Railroad in 75 years. In accordance with the agreement, the state was charged with building the station and a 1,500-space commuter parking lot. Upon completion, the project will also include a full 1.1-million-square-foot development containing office and retail space, a hotel and residential units. As of 2013, the new Fairfield Metro train station is welcoming thousands of commuters.